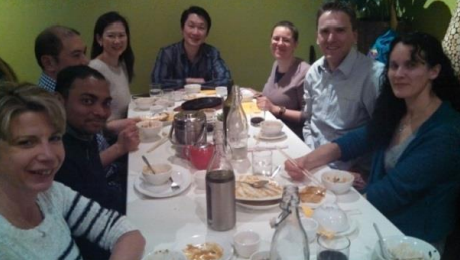 Ethiopia Down Under, Pearce
On 3 May, Vegan ACT hosted a social dinner at Ethiopia Down Under in Pearce.  A small and friendly bunch of members enjoyed a delicious banquet. We’d love to see you there next time!

Malaysian Chapter, Belconnen
On 31 May, Vegan ACT hosted a social dinner at Malaysian Chapter in Belconnen. About 18 people came along and we sat on one long table. Just about everyone had the banquet and the food was magnificent.  We will be holding another event there soon.  Click here for details.

Kingsland Vegan Restaurant, Dickson
On 28 June, Vegan ACT hosted a social dinner at Kingsland Vegan Restaurant. About 19 people came along and we filled up two tables – one with people having the banquet, the other a la carte.  Dinner was delicious and there was plenty of food. Some of the people on from our tables got up and danced at the end of the night, even though there was no music! We hope to go there again soon.

Keep your eye on the weekly [update] and www.meetup.com/Canberra-Veg-Events/ for more events that are coming up.