Home Why go Vegan? For the Environment 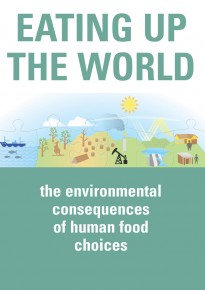 By going vegan, we can:

Which contributes more to global warming: eating meat or driving a car?

A 2014 University of Oxford study showed that greenhouse gas emissions for a meat-based diet are approximately twice as high as those for vegans and about 50% higher than for vegetarians.[2]

In Australia, the dairy industry is the second largest single user of irrigation water (just edged out by the cotton industry). It is also the biggest single user of irrigated land. In a report sponsored by the dairy industry itself, they estimate that the average dairy farm uses 800 litres of fresh water per litre of milk produced – that’s 200 litres of water to make just one cup of milk.[3]

A report by the CSIRO and the University of Sydney found that animal industries are the cause of 92% of all land degradation in Australia. Animal industries and animal grazing result in clearing of forests and bushland, damage to precious soils, erosion, spreading of weeds, and loss of habitat causing the demise of wildlife species.[4]