Home Why go Vegan? For Animals 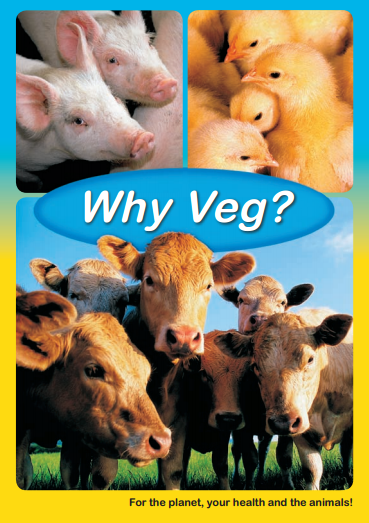 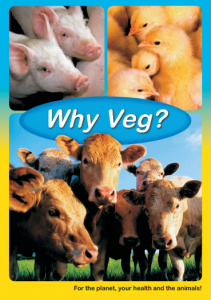 An unimaginable 64 billion land animals are killed every year for human consumption.[1] This does not take into consideration animals discarded as ‘by-product’ because they die before reaching the abattoir. Nor do they include the millions of male chicks ground up alive as part of normal practice in the egg industry.

In addition, between one and three trillion fish are killed each year for human consumption. Again, this figure does not take into account the ‘by-catch’ – the unwanted fish and aquatic mammals caught in large trawling nets and tossed back, many already dead and many to die by suffocation. By-catch can include juvenile fish, unwanted fish species, dolphins, dugong, porpoises, seals, sharks, turtles and whales.

Most of us have interacted with companion animals – cats, dogs, guinea pigs – and know that they have the capacity to love and to feel emotions such as happiness and excitement, as well as pain, fear and sadness.

Like humans, non-human animals form intense bonds with their babies. But many newborns are separated from their mothers, such as bobby calves who are forcibly taken from their grieving mothers at only a few days old, and discarded as waste products of the dairy industry.[2]

Non-human animals are intelligent and sensitive. Pigs are as smart and sociable as dogs and have better cognitive skills than human toddlers. Chickens are great problem-solvers and recognise the faces of over 100 of their friends.[3]

Yet, these feeling, thinking beings are routinely constrained, deprived, tortured and terrified in an effort to maximise profits and keep costs down. Many animal species are selectively bred to grow unnaturally large, putting painful stress on bones and muscles.[4] They often undergo surgical procedures without anaesthetic, are confined in small, overcrowded spaces, and are finally slaughtered by workers who have become disassociated from the pain they are inflicting.

When undercover footage has been released showing what happens on factory farms or to Australian animals exported live to other countries, there has been enormous public outcry and condemnation of the cruel practices, and industry is quick to tell us that cruelty is not the norm in Australia. But cruelty is the norm, and it is inherent in standard industry practices.[5]

Some Australian governments are seeking to introduce ‘ag-gag’ laws to silence protestors and prevent such footage from getting out. If this happens, non-human animals will continue to endure the cruellest suffering, while the truth about factory farms remains hidden from the public eye and exempt from scrutiny.[6]

You can help to stop this happening by doing the following:

But the most powerful action you can take is to boycott animal cruelty and choose to go vegan. Change begins with you.