Written By Nicole Neveu for VeganACT

Early definitions of yoga describe it as the union of the individual soul with the Universal Soul. In the West yoga has become synonymous with asana (seat/posture) and has been appropriated and commodified by the fitness industry. For this reason the focus here will be yoga’s moral precepts rather than physical performance.

For most Westerners ahimsa is the most obvious starting point when considering yoga in relation to adopting a plant-based diet because of the direct relevance of non-violence or non-harming.

The majority of us will happily vow to live a life of non-violence, but what actually constitutes violence or harm? Jean Kilbourne in Killing Us Softly says, “In any situation, the objectification of humans is the first step towards violence”.  Many consider this to be the case with non-human animals as well.

Animal sentience is widely accepted yet we persist in negating this and the intrinsic value of animals’ lives. Under the guise of human speciesism we objectify non-human animals and their natural environment. Furthermore, we take ownership of and reduce animals and their environment to product.

The objectification of animals and the environment combined with materialism results in ‘product objectification’. This seemingly absurd notion of objectifying objects becomes clear when our desire to possess an object overrides other considerations, such as the origin of materials, working conditions and environmental impact in the manufacture and disposal of an object.

Objectification instills and maintains a facade that grants us permission to do whatever we wish without regard to dignity or impact. Objectification allows us to force upon non-human animals all the atrocities we commit against other humans including violation of rights, slavery, physical, sexual and psychological abuse, rape, pornography, prostitution, incarceration, torture, mass murder and more.

If we accept objectification theory, we can deduce that by treating a sentient being like an object we are causing harm.  Due to the inherent objectification of animals and the extensive harm and violence perpetrated by the dairy and egg industries, vegetarianism does not go far enough. To truly practise ahimsa one must adopt a purely plant-based diet.

In this light ahimsa is not merely an act of exercising one’s will power over eating habits, it is an internal shift away from objectification towards empathy and compassion. B.K.S. Iyengar in Light on Yoga writes, “The word ahimsa is made up of the particle ‘a’ meaning ‘not’ and the noun himsa meaning killing or violence. It is more than a negative command not to kill, for it has a wider positive meaning, love. This love embraces all creation…” 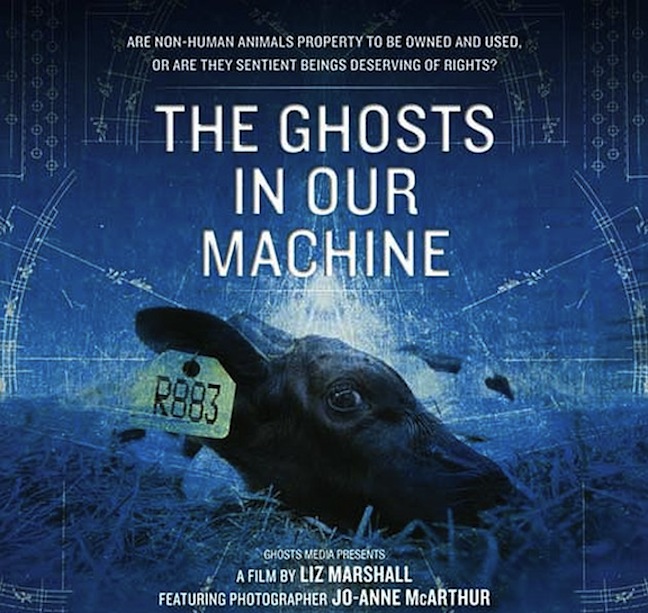